Operation
An operation is an action in your software system, such as handling an HTTP request or a job from a queue.

Frame
A frame is the set of recorded data (context values, parameters, return values, etc) that represents a stack frame in your program. Frames can be generated by named or anonymous method calls or blocks, including blocks used for iterations. Recordings are made up of frames.

Call sites
Call sites show you where your code was called.

Sometimes during execution, intervening code that Metawork did not record calls your code. Call sites for this code are called “indirect” call sites, because Metawork doesn’t display where it was called. 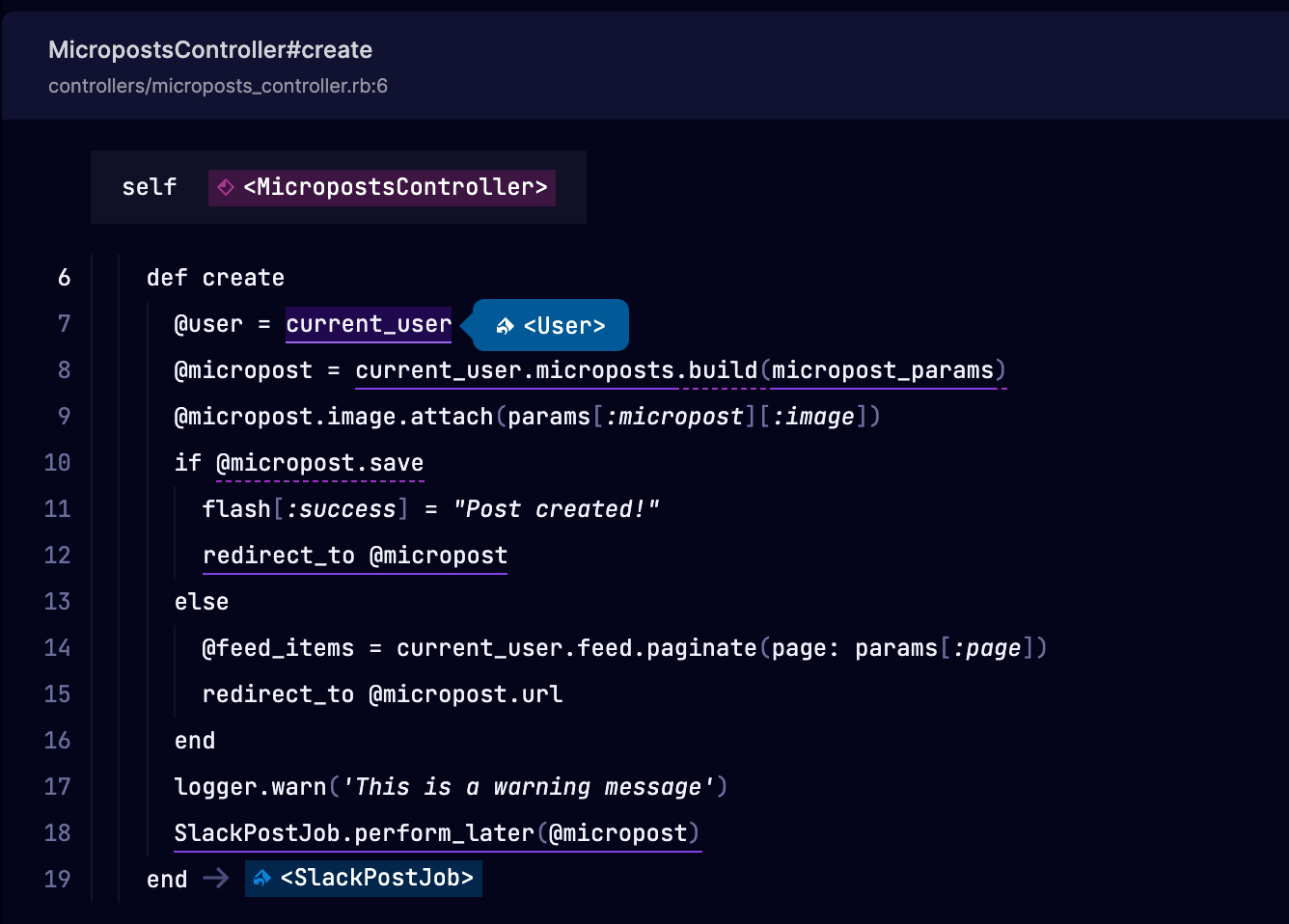 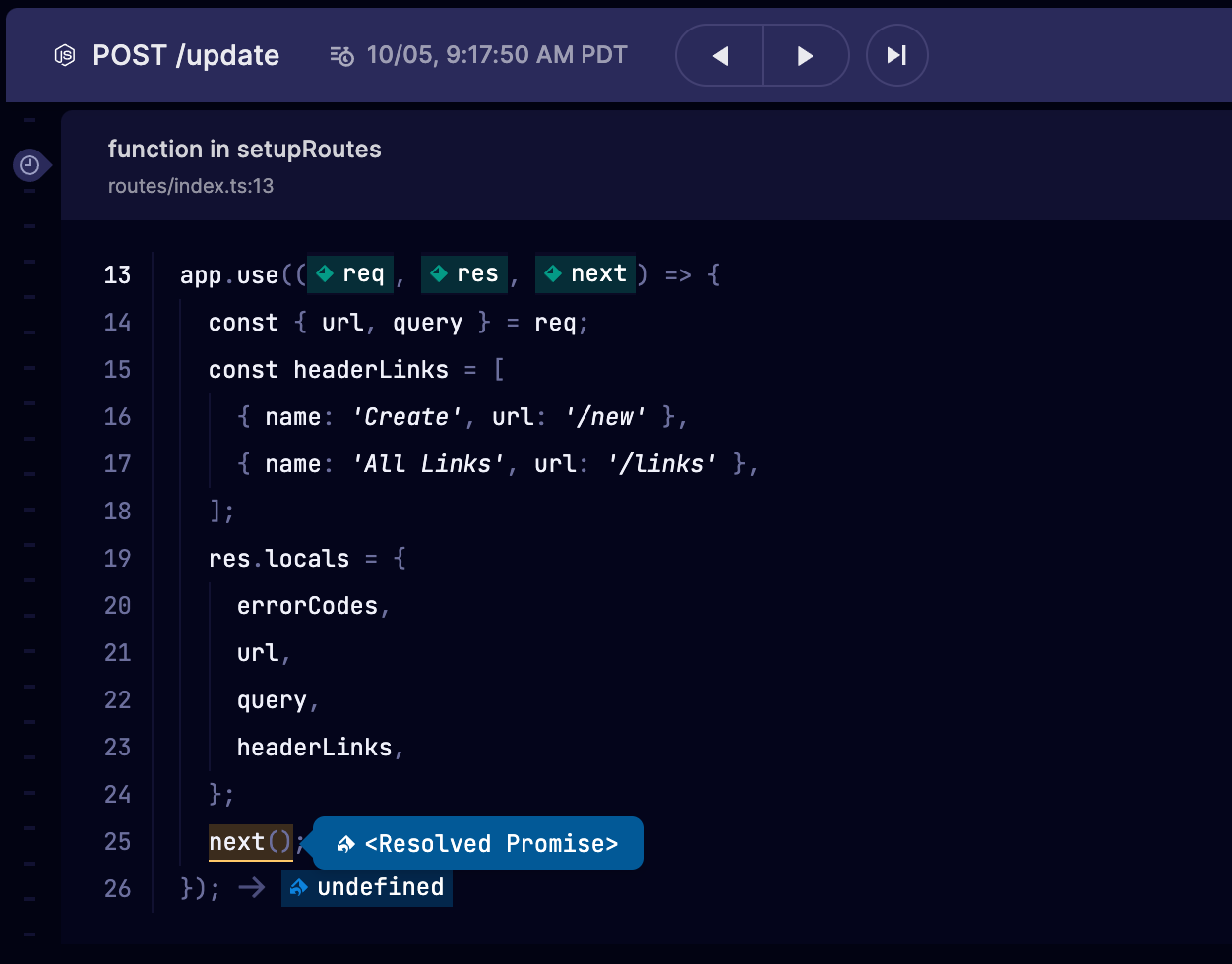 Flags are attached to recordings to indicate that they are of note and worth you noticing.